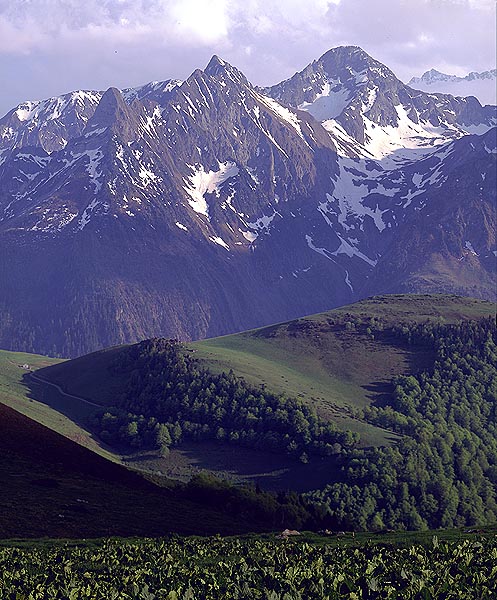 Mt. Sauvegarde, in the Spanish Pyrenees

One of the most interesting parts of my life has been watching how my students in the capstone class I teach complete project after project.  Allow me to explain.

About 21 years ago, I jumped up on a table like a good Viking and said “my students need industrial experience!”  I was in charge of teaching essentially the exit class for the mechanical engineering undergraduate curriculum, called ‘capstone design’ in education-ese.  Students had been doing a variety of activities beforehand for their supposed ‘masterwork’ — like helping other professors design a piece of lab equipment, or working on one of the many projects associated with student club activities, like a Baja car, or one of the American Society of Mechanical Engineering’s (ASME) challenge.  The only real requirements were a.) the students were supposed to work in groups, and b.)  the project had to have something to do with mechanical engineering.

So I swore an oath — only ‘real’ projects.  Projects from industry.  I went out and solicited those real projects from past grads whom I kept in touch with.  They sent descriptions, I said ‘thank you’.  The students attempted to do the projects.  Basically, all of them failed.

At the time, it didn’t matter.  Students were screwing up projects inside the university.  Why should it be any different?  It was still something good for the resume’.

“I want you to visit the refinery.  I have a project for you.”  The project involved a junket — a trip to Bellingham.  What’s not to like?

I met Les, and we put on the Nomex safety jumpsuits that are de rigeur in an oil refinery, and took the tour.  We returned to his office.  “I’ve got a project for you,” he said.  “Yes,” I replied.  “Sounds great!”

He then said “Oh no — I’m going to pay you for it.”  I gulped.  Students — undergraduate students — were going to do something for money?  Those same failures that were tubing projects on a regular basis?  “The kids have to come to the refinery,” Les said.  “And I’m going to expect you to get it done.”

Basically no one gets anything done in academia.  That’s not what it’s about.

But the students did.

I wish I could tell you I had a flash of brilliance at that moment on why the students got that first project done.  And with consecutive industrial projects, why — when I charged money — all the others got done.  But here’s the short version.

I had a customer.  And I did not want to let that customer down.  I call it the ‘Catholic Guilt’ effect.  But it was more than that.  I wanted to develop my program.  I had a person willing to take a risk with me — he trusted me.  I wanted to show him that his trust was not misplaced.  If he felt bad, I was going to feel bad — that’s empathetic connection.

And that kind of situation exercises the whole brain.  Not only did that customer need a product that was technically viable (think pre-frontal cortex,) I had to worry about whether that customer was happy (think limbic system.)  The students were the ones front and center, in that they had to go to the refinery and also develop a rational empathetic relationship with Les.  Les did more than one thing right, but the big thing he did was at some level, he refused to directly mentor them.  He was the customer — the students had to do the thinking — and empathizing.  And in the end, the solution the students generated had to be coherent with what Les also thought the solution should be — or he wouldn’t be happy.  They had to achieve a goal, and they had to develop shared coherence with Les on the fact that the achievement was significant.  And everyone had to be happy.

The customer/service provider is one of the most powerful relationships we have in contemporary society.  Many folks outside the business sector simply cannot understand why corporations have such powerful influence.  The usual accusations are that it’s all about greed, or money or evil.

But it’s more complicated than that.  Rational empathy — the bedrock of the customer/provider relationship — is a major creator of the rational mind.  It exercises all parts of the brain.  Note that I did not say, necessarily, that it is the creator of our moral mind or sense.  It is not.  But truly rational people become multi-solution thinkers, and form far different social/relational structures than people who are not.  And because they are usually much more performance/goal oriented than many other social structures, they often get to the point of running the show.

There is a lot more in empathetic development to be explained regarding this development.  Stay tuned.

(a quick tip of the hat for the title to another business friend — Phil Ohl, of Kurion)