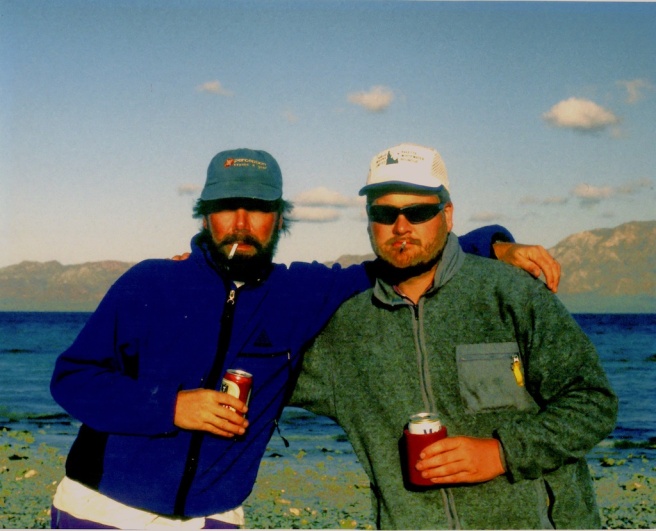 Before we move on with our posts on anti-empathetic people, though, let’s talk a little bit about why the Joker is in Gotham City, and how we can learn from the Batman’s example on what to do (or really, not do!) with people that have empathy disorders.  It really boils down to one principle:  Don’t be the Batman.

What is the Batman?  Is the Batman another High Conflict Personality, or empathy-disordered?  No.  At some level, the Batman is the opposite.  The Batman arose as a response to regular crime in Gotham City.  He was working on breaking up the criminal syndicates that had permeated the fabric of Gotham, and at some level, was a Legalistic/Absolutistic v-Meme evolutionary response to the problems Gotham was having.  The fact that at some level, he is a vigilante on a vendetta, and his alter-ego is millionaire playboy Bruce Wayne is more a reflection of the v-Memes inside the creator’s head.  It may be meaningful, as at some level, since it places Bruce Wayne on a similar, more palatable v-Meme level as the Mob in Gotham, and therefore Batman is extension of both sides’ issues in rising above.  Tough to tell!

But one thing for sure.  The reasons the Joker showed up in Batman’s backyard have little to do with money.  The Joker showed up because Batman was interesting.  He said as much in the famous interrogation scene:

The Joker: [giggling] I don’t, I don’t want to kill you! What would I do without you? Go back to ripping off mob dealers? No, no, NO! No. You… you… complete me.

The Batman serves as a complementary replacement for part of the Joker’s distorted identity.  And when the Joker ups the heat, the Batman swoops in to escalate the conflict.  Who else can save Gotham City?  But while all the fireworks are going on, no one is asking the longer-time, consequential question:  is Gotham City safer with, or without the Batman?

Understanding how relational disruptors work in systems has been the subject of the last couple of posts.  If you’re the boss, and you have the ability, the best answer with such personality types is just to get rid of them. High Conflict Personalities (HCP)/empathy-disordered people will use resources to process them that would be better off spent toward reaching actual goals.  And the research has shown that there is little that can be done to fix them.

But what if you’re not the boss?  What does “Don’t Be the Batman” look like?  Here are some thoughts.

Don’t be an Absolutistic Personality

Batman’s ostensibly absolute morality (especially when applied to not killing the Joker) fuels the Joker to devise increasingly extreme tests to see if the Batman is serious.  What does this mean?  Rule #1 — keep multiple solutions on the table for any situation.  Don’t provide an absolutistic mirror for the Joker.

As we’ve discussed before, the HCP/empathy-disordered do not have any well-structured mode of emotional or higher empathy.  But what they do have is a profound connection with mirroring behavior.  The more excited you become in a situation, you can be sure the more excited they become.  What this means is that you need to be the source of the behavioral mode you want your HCP/empathy-disordered to emulate.  Bill Eddy has a term he emphasizes — EAR. EAR stands for Empathy, Attention and Respect.  When dealing with the HCP, you want to emphasize this mode.  I’ve read most of Bill’s stuff, and he isn’t a structuralist — he mostly emphasizes techniques that work, from his experience.  And the concept of EAR is deeply embedded in almost every religious doctrine — from Buddhism to Christianity.  It’s the sign of yourself being a ‘good person’.  My argument is, though, that this works on a far deeper, organic level.  If you project EAR, the HCP/empathy-disordered individual, not possessing their own EAR modes, are forced to mimic yours.  This absolutely drives them nuts, as they just don’t have the circuits.  So by you using EAR, you’re forcing them to use EAR.  And that’s the most painful thing you can do to them!

Remember that the HCP/empathy-disordered individual also likely has attachment issues.  For whatever reason, that person can’t form healthy, empathetic relationships with anyone, making them feel alone and isolated, and as discussed before, likely to develop disordered behaviors that help them control their chaotic worldview.  What brings the Joker to Gotham City is to form an attachment to the Batman.  But in order for that to happen, the Joker has to make himself interesting enough to the Batman to get close enough to attach to him.  That involves many of the pre-posted scenes, including sucking himself into the Batman’s former girlfriend’s life, Rachel, to fire up the Batman’s primal desire to protect her.  Needless to say, the only hook that the Joker really has is continuous mayhem.  Not good for Gotham City.

Out of this flows two fundamental principles:  Don’t be a Shiny Thing, and Back Away Slowly!  The Joker is drawn to the Batman in the first place because he offers the Joker a way to get the level of impulsive stimulation the Joker obviously craves.  But the second principle is as important as the first:  in The Dark Knight, the Batman doesn’t become more boring, once the Joker is attached.  Instead, the Batman beats the hell out of the Joker in the jail cell.  That’s a little disruptive attachment for you!  Psychologists call this an attachment injury.  The Joker just got done making his case on how the Batman and him were virtually the same!  And this fuels the Joker even more, to pull his next stunt with the ferry boats!

Community unification and refusal to play

HCPs/empathy-disordered actors are very difficult to beat single-handedly.  Part of the reason is that so many of them are so adept at distorting the truth in a way that is patently believable, yet completely false.  We talked about this a few posts back with the topic of gaslighting.  But over time, this type of behavior gets exposed.  Billy Eddy also discusses this, and recommends documenting behavior over time as a way of outing the HCP.

But the only real way that an HCP/empathy-disordered individual is really shut down is when the entire community refuses to play.  Nothing illustrates this better than the final act of The Dark Knight, when the Joker sets up a boatload of convicts, and a boatload of ordinary citizens on opposite ferry boats, each loaded with explosives, and each with the detonators for the explosives on the others’ boats.  The Joker issues an ultimatum — make a decision about blowing up the other boat before midnight, or the Joker blows both boats up.

It’s the convicts that call a halt to the game, when one elderly black convict, an obvious leader in the group, takes the detonator and throws it into the water.  The boat with the ordinary citizens also picks a leader who refuses to execute the command, though with a little less forceful moral presence.  The viewer is left with a statement about the potential morality of the prison boat that the director, Christopher Nolan, leaves unclear.  Are the convicts really of higher moral order than the regular people on the other boat?  Or do they just understand the psychopath’s mind more completely?  The movie’s penultimate scene ends with the Batman fighting hand-in-hand with the Joker, and saving his life while capturing him.  Batman walks away from a Joker, suspended in mid-air and tied up.  Virtually a guarantee of a sequel — but for reasons you now understand.

What’s the point?  An HCP/empathy-disordered individual can only really be mastered if the whole community refuses to play.  This is extremely difficult to convince a community to do.  Most of Western society has a little communitarian v-Meme in them, and that leads to a belief in change of both parties and an aversion to conflict.  Strong Legalistic v-Memes drive outside observers to a 50/50 split in blame, and an inability to understand the more complex dynamics inherent to an HCP situation.  The Joker himself lays the foundation for others’ thinking by demonizing the Batman, which is aided and abetted by society in general.  The Batman should surrender himself if he doesn’t want other people to die — even though he’s not the one doing the killing.  The Joker pulls others into his orbit where he is low-responsibility.

And so on.  The hard truth is that the community has to look at the facts.  And for whatever reason, decide not to play.

Takeaways:  There’s one basic rule for dealing with HCPs/empathy-disordered individuals.  Don’t be the Batman!!  No absolutistic behavior, don’t be a shiny thing, back away slowly, and get the community behind you.  Face-to-face, it’s gotta be EAR.   Not only will you be a better person, for those stuck in mirroring behavior with an empathy deficit, it’s a brain-scrambler.

Further Reading/Watching:  My favorite TV series of all time is 30 Rock, with Tina Fey and Alec Baldwin.  Most of television consists of emotional manipulation and gaslighting, as well as glorification of actual narcissists (think Scrubs).  30 Rock flips all of this on its head, with the cast of ‘normals’ all being narcissists, and the one tagged narcissist, Alec Baldwin, being the most normal.  What’s also refreshing is that instead of wrapping up the end of every episode with some renormalization of the various personality disorders, the show usually ends with them back in isolation, getting some level of just desserts.

There are classic episodes — but the one that relates the most to this post is Verna (Season 4, Episode 12).  Jack’s advice to narcissistic actress Jenna Maroney on how to deal with her mother — “Say ‘No’.  Talk low.  Let her go.” matches the advice above to a ‘T’.

On a more serious note, as mentioned earlier, Bill Eddy has a series of books dealing with HCPs.  The books get a little repetitive, but if you pick the one for your situation, they work well.  From an experienced practitioner, Bill’s advice is spot-on.  Highly recommended.