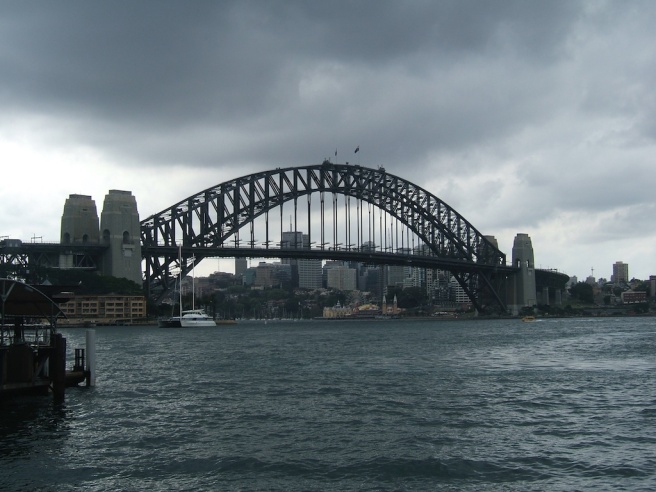 A couple of terms I toss around with a fair amount of frequency are ‘algorithms’ and ‘heuristics’. Though I think I’ve discussed algorithms and heuristics before, a deeper understanding of both based on empathetic development is in order — especially as we pursue deeper understanding of their effects in our minds, and how our social/relational structures generate knowledge with them.

To start, both are process-based knowledge.  When we decide to use either, we know that we are going to step along some path, and transform some set of input conditions to a final condition. That means both require some sense of temporal scaling in our heads — from start to finish, time will pass in their execution.  That matters, because as we’ve discussed earlier, how we conduct our social business directly affects how time scales in our heads, and whether we follow a ticking clock, the passage of the seasons, or a pre-arranged agreement based on events that might or might not occur.  That’s going to  affect process execution and sense of consequentiality.

But algorithms and heuristics are fundamentally different.  The generation of perfect algorithms lies primarily in the Legalistic v-Meme.  We have a process, we have some inputs, we tick through the steps, and we get a result.  No agency required — and likely some other person, community or society has figured it out before.  Of course, there are tons of algorithms in fields ranging from accounting to engineering to medicine, but perhaps the best example of algorithmic thinking can be found with Lego directions.  Totally visual, they click the viewer along through thousands of pieces, in sequence.  You start with a bunch of little plastic blocks, and four hours later, you’ve got a reasonable facsimile of the Millennium Falcon sitting in front of you.

Algorithms can be written down with language, math symbols or pictures.  The key ingredient is during execution, there is no (or extremely limited) agency required.  Just follow the steps.

Not so for heuristics.  The formal definition of the noun heuristic, from Dictionary.com,  is:

Let’s unpack this.  To start, heuristics exist up and down the Spiral.  Down at the Survival v-Meme level, if you want to start a fire to cook up a lizard you just caught, you get out your piece of flint and steel to make a spark.  The process/algorithm for making that spark may be an algorithm, but you’ll practice some heuristic in collecting the tinder to catch the spark, the kindling that burn afterwards, and the wood that you’ll use for you campfire.

Moving up the Spiral, Tribal societies may have rituals that are pretty algorithmic, but there’s lots of heuristics in the set-up. Up through Authoritarian and Legalistic, the heuristics may still be pretty constrained, but even in the military, you get to choose whether you put on your right boot or your left boot first — at least once you’re out of boot camp!

Heuristics, with their temporal and spatial dimensions, give a great insight into agency and empathy in the lower v-Memes.  If someone’s struggling under a load that they’ve just been ordered to carry, do you get to help them or not?  How much choice do you have? Such simple questions tell us tons about the development of emotional empathy, as well as the prevalent cultural sidebars.  If the boss comes after you with a whip for helping your buddy when he stumbles, that’s a pretty strong message about the strength of the authoritarianism on the job site, as well as the appreciation for heuristic thinking.  Talk about keeping spatial scales confined to about one foot around you.  Not a lot of agency there.

What that tells us is at the core of any heuristic is the level of agency you have in selecting the steps you take.  Since this blog is nominally about design, all design process must constrain the process within some sidebars for some level of predictability and report-out to management.  There’s nothing wrong with a design process that goes

For a design to be successful, though, it must be a Scaffolded Heuristic.  For any heuristic at the Performance/Goal-Based level to work — or increase the validity of the solutions it generates, it has to have lower v-Meme information and processes folded in.  Let’s say we want to build a water tank for the roof of a house.  We can talk to all sorts of different customers about the most appealing shape, the color, ability to be easily cleaned, and so on, and have these factors guide our design (pretty Communitarian!)  But if we’re not scaffolded with the basic physics (down there in the Legalistic/Algorithmic v-Meme level!) and don’t design the tank to withstand the hydrostatic pressure of the water, the tank will be a failure.  Literally.  It will spring a leak, and then the validity of the solution will be zero.  We still get to choose the steps for our design heuristic– maybe we talk to the customers first.  But sooner or later, we have to figure out how to make it strong enough to hold the water.

It’s the combination of agency and good scaffolding are far more likely to improve the outcomes.  And as we’ve discussed before, appropriate agency that comes from Independent Relational Development and rational empathy are going to empower the individual, or working group, toward searching the solution space thoroughly.  Self knowledge is going to work well in supporting scaffolding — either you recognize that you know how to solve that algorithmic statics problem or not.  It all starts intertwining.

The challenge for the business manager comes in with which heuristic do you pick, as now heuristics are guiding level processes.  I’ve covered Heuristic Design and OpenIDEO in the previous posts.  These integrate features from both the Performance/Goal-Based v-Memes and the Communitarian v-Memes.  Expanding that heuristic space further in design, and putting in the Global Systemic/Self-Awareness v-Memes, we just keep going.  Onward and upward.

And solid heuristic thinking is not just constrained to engineering.  Academics in the Liberal Arts call this stuff ‘critical thinking’.  Here’s a great summary I yanked off the web.  In the second section, the summary’s authors Michael Scriven and Richard Paul say:

“Critical thinking is self-guided, self-disciplined thinking which attempts to reason at the highest level of quality in a fair-minded way.    People who think critically consistently attempt to live rationally, reasonably, empathically.    They are keenly aware of the inherently flawed nature of human thinking when left unchecked.    They strive to diminish the power of their egocentric and sociocentric tendencies.    They use the intellectual tools that critical thinking offers – concepts and principles that enable them to analyze, assess, and improve thinking.

What they require, though, in order to function correctly, is an increased sense of agency and empathy. ”

Same stuff.  The two authors above scaffold the generalized heuristic of critical thinking with some great stuff.  “They are keenly aware of the inherently flawed nature of human thinking if left unchecked.” Sounds like a strong demand for cross-check and empathetic grounding, recognizing the need for connection with others in order to increase the validity of the result.  Awesome.

Heuristics are processes involving solving problems where, dependent on the complexity of the problem to be solved, require choices to be made along the path toward solution completion.  The v-Meme level a community operates in will tell much about the scales of awareness, empathetic development, and larger validity of solutions the community comes up with.  More highly evolved heuristics will be scaffolded with knowledge and processes from the lower v-Memes.  There’s nothing wrong with having a set of algorithms that an individual or group chooses from in order to solve a larger problem through a heuristic method.

Finally, if you want people to be good critical thinkers, or users of scaffolded heuristics for larger, more complex problems, they have to have developed agency AND empathy.  Otherwise, they will not possess the independence of thought to evaluate data critically and make valid choices toward valid solutions.  As we relate, so we think.

Further reading:  We’re warming up to an important post on an important book — Scott Page’s book on diversity’s mathematical roots — called “The Difference — How the Power of Diversity Creates Better Groups, Firms, Schools, and Societies.”  In order to fully understand this, though, we have to understand what a heuristic is.  So if you’re excited about understanding Page’s work, re-read the stuff about heuristics again.  We’re going to build on this important work.

One thought on “Back to Basics — Algorithms and Heuristics”