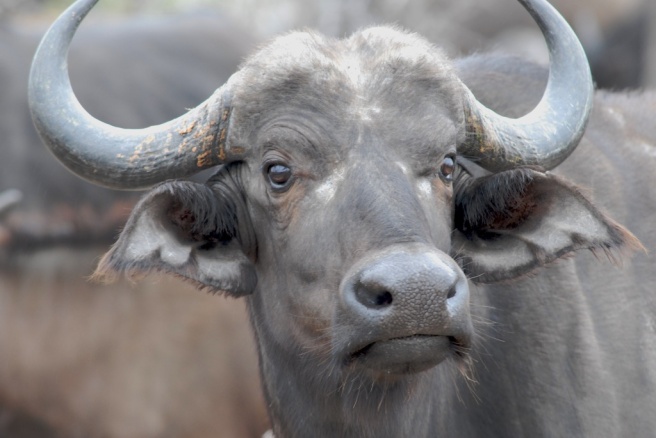 I finally got around to watching Zootopia a couple of nights ago.  I’d argue that it’s the first children’s cartoon based on the idea of v-Meme evolution — at least in my experience.  The essential plot is that animals have not so much evolved genetically — they’re still identifiable as bunnies, shrews, Cape buffalos and the like.  But they have evolved memetically — there’s an integration of social order and a lack of predation among the 10% of the population that used to have the other 90% for lunch. Though the writers try to create a dichotomous predator/prey world to drive the story line, the reality is that Zootopia is already a world filled with independent relationships, and the core plot line is around this as well.  Judy Hopps, the bunny, and Nick Wilde, the fox, are friends with a shared goal, and a critical assessment of each other’s authentic personalities and abilities.

Combo montage of all the Zootopia trailers

There’s some species differentiation portrayed in the film.  The hamsters and lemmings, for example (at least that’s what I think they are!) are the only ones that get their own Habitrail Hyperloop.  But the values communicated across the film are one in profound support of not just Communitarianism — judging each animal not by their species, but by their actions and character — but also a profound examination of the role of self-awareness, and standing up to external manipulations.  We’re talking Global Systemic v-Meme here, folks!

The main villain is a psychopath who uses mental models of predators solely for relational disruption, and does her work through triangulating societal institutions against her targets, with the primary goal of power and control.  Just like we wrote about before here.

Of course, this is a Disney/Pixar movie, so there’s the typical Hero’s Journey (with a couple of twists) plot line for the main character — rabbit Judy Hopps.  What’s interesting here, though, is that the screenwriters juxtapose differently abled animals in scenes like the police training, and really stress the idea of the individual taking advantage of their unique configurations.  Very data driven indeed.

The movie wraps up with a Disney song — here again, we are seeing some very interesting inroads in animation.  Gazelle, the sexy singer, has no top and a big butt.  She’s singing a song praising experiential education that wouldn’t surprise me if it showed up as the main ballad for the next LEAN/Agile conference.  Take a look at this stanza!

By far, though, from a Global Holistic perspective, what’s interesting is how the social physics of a functional, multicultural society are naturally emergent and propagate from the v-Meme set.  Everyone has mass transportation that fits them.  Food exists and is redistributed appropriately.  There are deviant actors, but legal scaffolding (as in the Zootopia police department) exists to manage them.  Inappropriate Authoritarian behavior is prosecuted — Zootopia is not a place where everyone always does the right thing, all the time.  The movie is ostensibly about confronting bias — but what it really is about is an evolution to individuation, vital for real, functional communitarian behavior. The movie designers worked for five years on this, working through, in an open, collaborative, empathetic fashion, the inconsistencies that had to be dispensed with for the movie to be a template for a positive future.  The effort shows, and serves as a lesson in the time it takes for any process to create that level of Global system continuity.

Zootopia may be fantastic, but for a cartoon, it shows the necessary social order for a sustainable future.  There’s not that many differences between Zootopia’s world and our own.  We just have to throw away our misconceptions, our historical in-group/out-group dynamics, make friendships a priority, and, well, empathetically evolve.  Who’d a thunk?

Further Reading/Watching:  For a look into a darker side of how control can creep in when we refuse to allow memetics to function, check out this storyboard of a Zootopia world that is decidedly more dystopian, where in order for the predators to be safe, they have to have a shock collar.  Interesting how one bifurcation can head a society down a completely different, devolutionary path.

I went ahead and watched the whole documentary.  It’s actually really excellent from a progressive management point-of-view.  For those interested in how diverse workplace dynamics create positive visions where larger coherence is the goal, the whole documentary is really a must-watch.