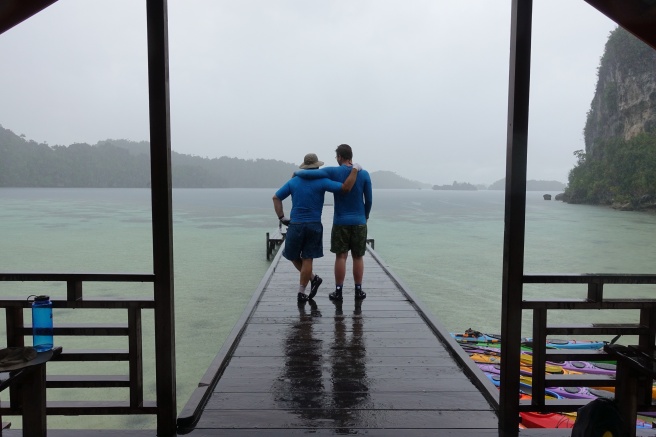 Braden and me, in the West Papuan rain, December 2018

The most recent inflammatory dust-up that hit the media is video of the clash between a Covington Catholic High youth wearing a Donald Trump MAGA hat, and a Native American elder on the Washington Mall.  Apparently, the students associated with the young man were participating in a March for Life rally, when they ran into a group of Black Hebrew Israelites.  A Native American elder, who was attending his own rally on Indian rights, attempted to make peace, which ended in a stare-down between one of the students, a teenage male, wearing said MAGA hat, and the Elder.

OK — first off, on a personal note, regardless of the cause, if my Mama saw me acting like that young man, she would have grabbed my ear and hauled me off the scene.  My mom was far from perfect, but she didn’t like assholery, and that’s superficially what’s on display here.  The look on the young man’s face does not help his case, whatever level one wants to operate on.

So don’t interpret any analysis as some apologia for any of the bad actors.  But if we can’t understand these things at a deeper level, we’re not going to get to any point where we can forge a trans-cultural code of behavior that will keep us from killing each other.

What was interesting to me was the fact that Covington Catholic’s team is the Colonels (a picture of their mascot is below) and for those with any background, it’s pretty much a Confederate soldier, sanitized from the Confederate gray color 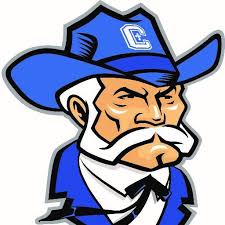 for modern times.  They certainly didn’t make it Union Blue.  If one believes the Twitter feed, Covington has had problems with racism and bullying in the past, and so all of us this really isn’t that surprising.

I’ll be willing to bet that the students had little or no conscious knowledge of a grounded understanding of any of this.  But just like genes, which often are repeated, embedded and not superficially expressed, so are memes, waiting for the opportunity.  And that brain programming finds another set of external symbols that line up with deep, hidden understandings.

So it should come as no surprise that the group, when coming into contact with the Black Hebrew Israelites, who espouse a philosophy very close to White Identity Christianity (they are also the only children of the lost tribe of Judah) would have a dust-up.  Deep racial coding on the sides of both groups, and even surfaced tribal identities (remember — these people are all claiming to be the Lost Tribe of Israel) are going to be low empathy. Into that mess walks Omaha elder Nathan Phillips — a member of a recognized Native American tribe, working at least a little on Second Tier v-Meme principles of peace and understanding.  Ugh.  And he’s a Vietnam vet, and likely a trauma survivor himself.

What this all demonstrates is that memes run deep, and often go underground.  And they don’t just fade away, even if the parties involved don’t know the deep history.  There’s much to think about here, if we ever get around to actually building a better world.  Like William Faulkner said, “The past is never dead. It’s not even past.”

I happen to think Faulkner would have loved memetics.

Do read the background Wikipedia posts.

P.S.  I’m writing this on Martin Luther King Day, 2019.  Talk about someone who understood empathy, on all levels.  He was the Man.

One thought on “Memes are Persistent — Covington Catholic High vs. the Hebrew Israelites”