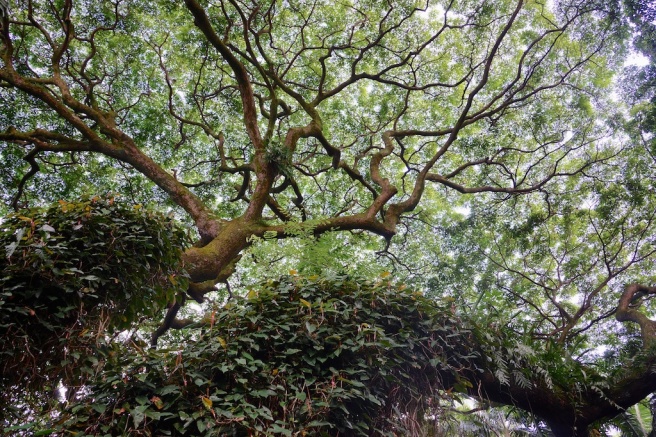 One of the things that has been going along gangbusters as of late are advances in neuroscience.  I think that’s great — getting at the core functioning of the brain is likely to get at a core understanding of ourselves.

One of the key tools in developing that understanding is the use of fMRI imaging.  The short version of how fMRI works is that it looks at the blood flow in the brain, and shows what parts of the brain are more active than other parts under different stressors or conditions.  That’s cool.

But there are inherent problems with all of this kind of knowing, in that in ways that will be discussed later, it a.) is a very reductionist view of a very holistic organ, and b.) feeds into our worst habits of fragmentation of understanding.  This kind of analysis is very popular with scientists because it also allows scientists to stake out their own ‘turf’ in the brain where they’re the expert (see this earlier blog post) and as such, really takes a whack at researchers attempting to understand the whole brain as a synergistic organ.  It’s a whole lot easier to generate data showing that certain types of stimuli and situations cause certain parts of the brain to get (essentially) hot.  Through repeated measurements, you can gain high reliability that your experiments are repeatable.  That’s not such a bad thing, all in all.

But where one gets in trouble is with expanding what one might call validity of a given theory.  Just because you can repeat an experiment over and over again doesn’t mean that the result tells you a greater, more valid truth.

Here’s the one thing you almost never see in the neuroscience literature — the brain is an evolutionary, emergent organism.  We (as a species) didn’t wake up one day with a cerebellum.  We (as a species) didn’t just wake up one day with a limbic system.  They evolved to demands in our environment, and our need as a species for survival.  Gaining that big cerebrum was likely a process of accretion — natural selection favored larger and larger brains, that were more well-connected.

What that means is that we can’t just decide to leave those evolved connections behind.  With the beginning of empathy, mirroring behavior, those automatic parts of the brain became increasing wired to the other parts of the brain as we continued our ascent as a species of larger and larger sentience.  As such, mirroring behavior itself, because it is such a successful mode of transferring information between sentient agents (other folks!) also likely utilized more and more of the brain as we evolved.

That’s why the phrase ‘Be the Change you want to see’ is such a powerful slogan.  Because no matter how complex the behavior, we all know that mirroring behavior, expressed as modeling that change, is one of the best ways to reach others.  Because that modeling goes back to the very roots of empathetic connection that define us as a sentient species.

Takeaways: The brain is fundamentally an emergent, evolutionary organ.  It’s all connected together.  And when a scientist stands up and declaring a particular theory they’ve developed is a.) correct, and b.) based on fragmentation, take it with a grain of salt.  Because just because we don’t understand, it doesn’t mean we’re not connected.

Further reading: (this will set you up for future posts — The Triune Brain)