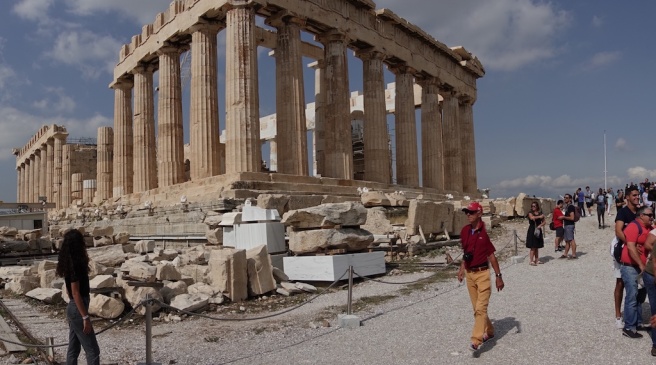 For Some Scholars, a Full Professorship Calls for ‘a Lot of Paperwork’ That ‘Doesn’t Mean Anything’

it comes on the heels of Donna Strickland’s being one of the awardees of the Nobel Prize for Physics.

For those not “in the know” regarding academic ranking, the typical academic hierarchy consists of assistant, associate and full professor.  Assistant professor is a provisional rank, usually for five or six years, when a decision is made whether to give tenure, which is one of those things that sounds like lifetime employment, but is actually a mixed bag.  Associate is what one becomes after one is tenured.  Full professorship is supposed to be similar to making Senior Partner in a law firm, but that’s kind of an anachronistic definition.  In today’s world of academia, it doesn’t mean much.  Prof. Strickland is only an Associate Professor.  From the article:

“Strickland, an associate professor at the University of Waterloo, in Ontario, told the Waterloo Region Record that climbing the career ladder didn’t seem worth the effort when her job wasn’t at stake and a pay raise wasn’t a given.

“It’s all on me. I think people are thinking it’s because I’m a woman, I’m being held back,” said Strickland, who has been an associate professor at Waterloo since 2002, according to the Optical Society website. “I’m just a lazy person. I do what I want to do, and that wasn’t worth doing.”

That’s about as good an example of Performance-based v-Meme thinking (no money, so why bother?), likely coupled with a little good old-fashioned egocentric Authoritarian following-her-own-muse thinking as possible.  Mix in some Second Tier reflection and you end up with her situation!

The rest of the article profiles the increase in service work that often accompanies being a full professor.  Relatively true.  Needless to say, if Prof. Strickland wants to seek a full professorship elsewhere, she’s unlikely to have much difficulty finding one!